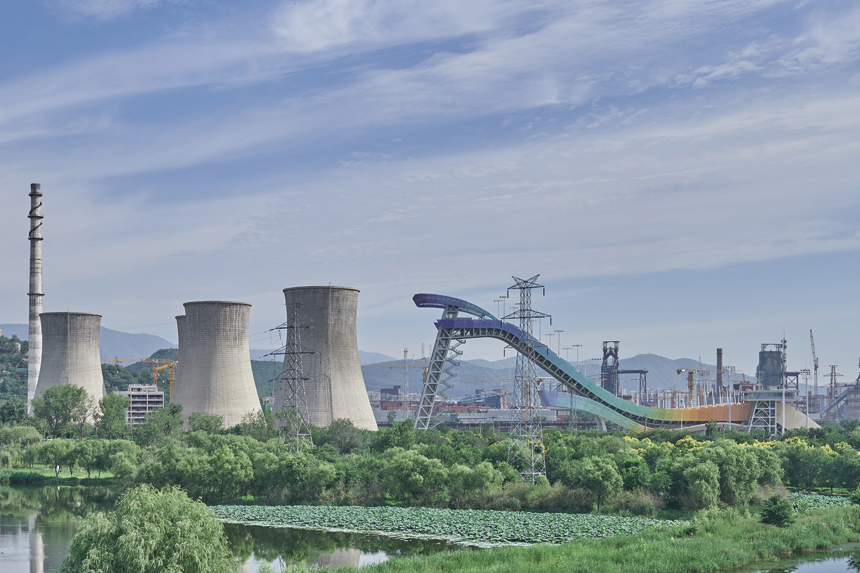 URBAN ERGONOMICS. FROM STEEL PLANT TO OLYMPIA TO PUBLIC GOOD

In February 2022, China will host the XXIV Winter Olympic Games. The various sports events will be held in three locations; Beijing, Yanqing and Zhangjiakou. In Beijing, the games largely take place in the existing sports facilities built for the Summer Olympics in 2008. The only new project is the Big Air Shougang slope for freestyle skiing and snowboarding in Shougang Industrial Park designed by Brian Li Zhang’s design office TeamMinus at Tsinghua University in Beijing. Big Air Shougang is located at the once largest steel plants in the region. The Olympic Games will be used to sustainably transform the gigantic industrial relics for new uses. The exhibition focuses on the jumping track for the Big Air Shougang and encourages visitors to communicate ergonomically with the building through an interactive game. The office’s approach is presented in three other projects, where space for movement decisively shapes the architecture. The Jianamani Visitor Centre in Qinghai province, the underground cultural centre in the Piazza and Art Space Gujiaying Village in Yanqing and the Aranya Ideas Camp and Community Centre in Qinhuangdao. TeamMinus received the IUPA International Urban Project Award 2021, awarded by Bauwelt, Berlin and WA World Architecture, Beijing for the Big Air Shouguangtransformation project with the facility for free-style skiing and snowboarding, while the Jianamani Visitor Centre received the Zumtobel Group Award – Innovations for Sustainability and Humanity in the Built Environment back in 2017.